After a very mild winter so far, we have had a week or very cold southerlies and several periods of snow/hail right down to sea level. Most of the schools were closed at the beginning of the week and lots of people who live in the hills didn't make it to work as they were snowed in with snow up to half a metre (just over a foot). No such excuse for those of us at sea level. It did settle initially, and caused some dramas on the roads, especially the steep streets, but was usually all melted by the morning. Supposedly it is a 1 in 40 year event... Our new central heating has been working overtime and is keeping our house warm and comfortable.

There was also a large thunder storm associated with the snow - anyone ever experienced that? Seemed rather strange. 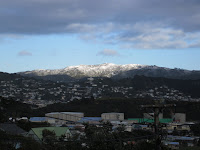 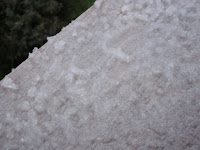 Ice on the balustrade 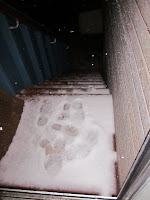 And on the front steps 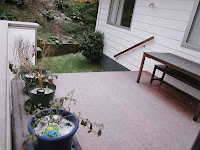 And on the deck 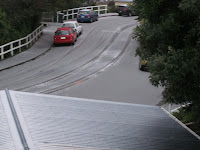